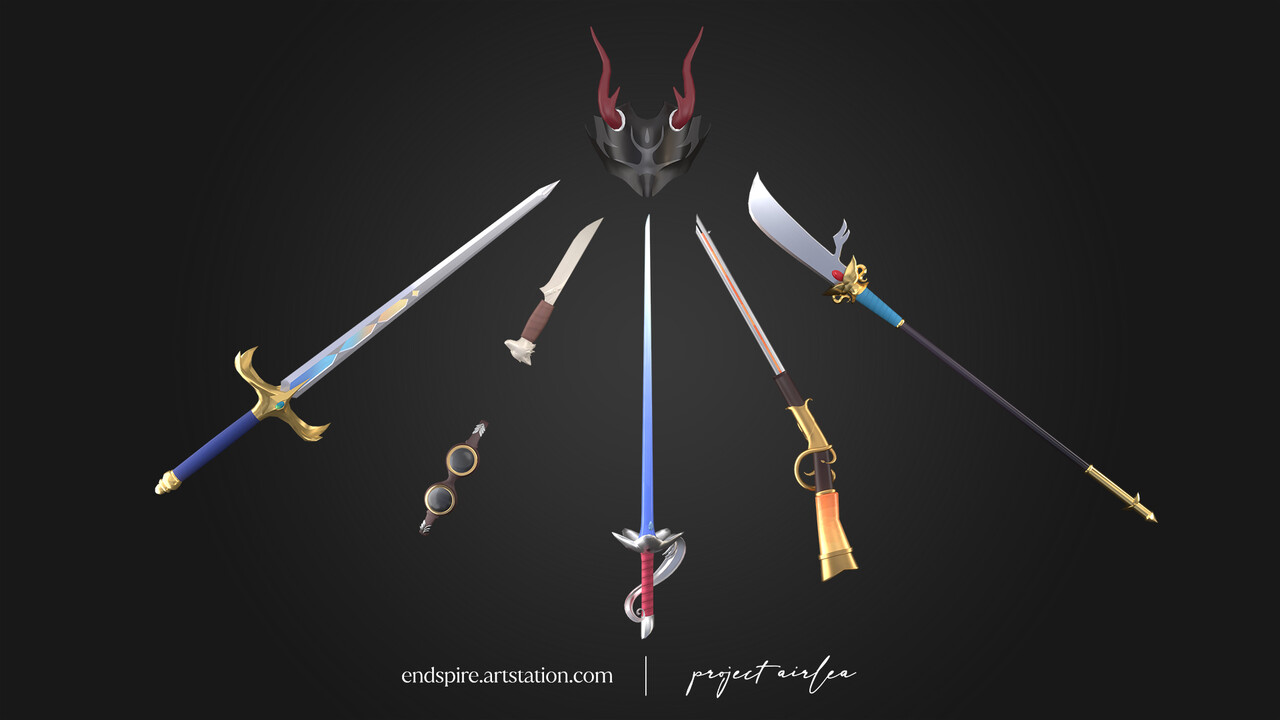 I was approached by Luna Chai to create a series of 3D models for the series Airlean Tales. The models were made to be imported into CLIP STUDIO PAINT, for use as painting reference for the illustrations. These models include weapons and some extra objects like a mask. I've never created models for CSP before, but I decided to create them with a lower polycount so they would be easy to open in any program. My own experience with CSP is on my iPad, and I know it sometimes struggles with heavy 3D models! So for this project, I focused on creating models that were accurate to the concept art and didn't have a terribly high polycount.

Final project page can be found HERE. Unless otherwise noted, all models were made in Blender. All concept art is by Luna Chai! 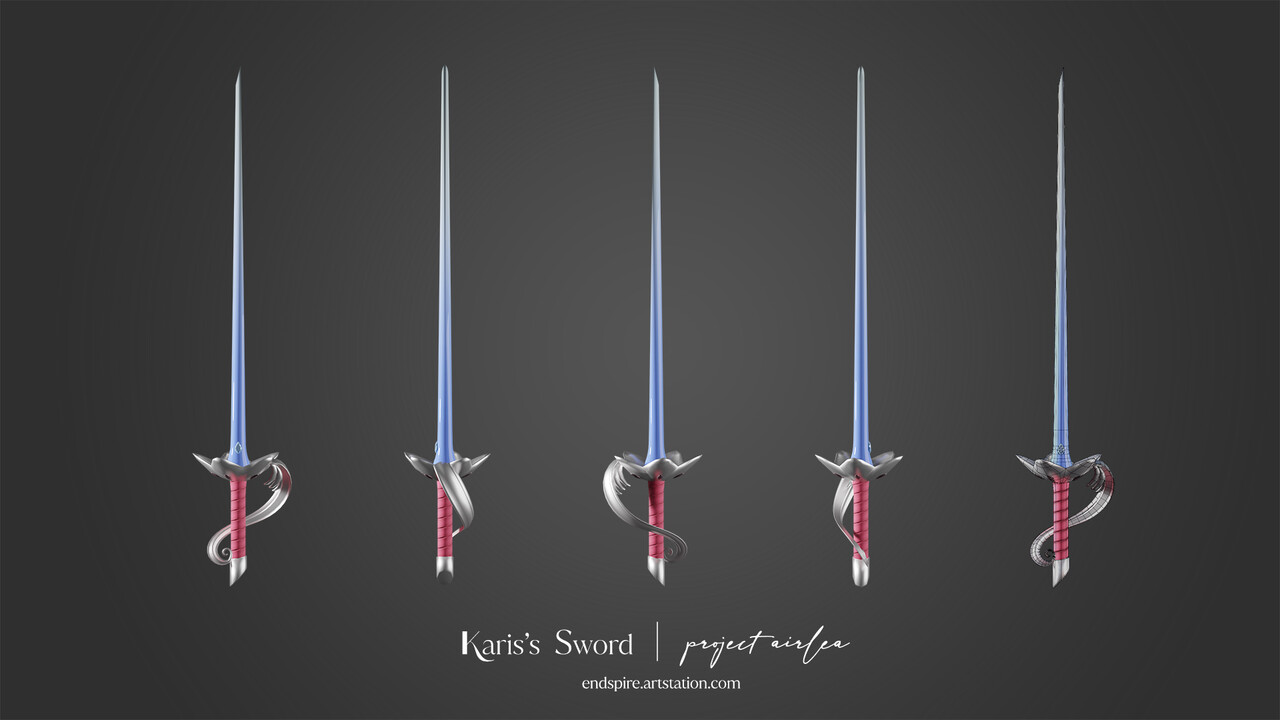 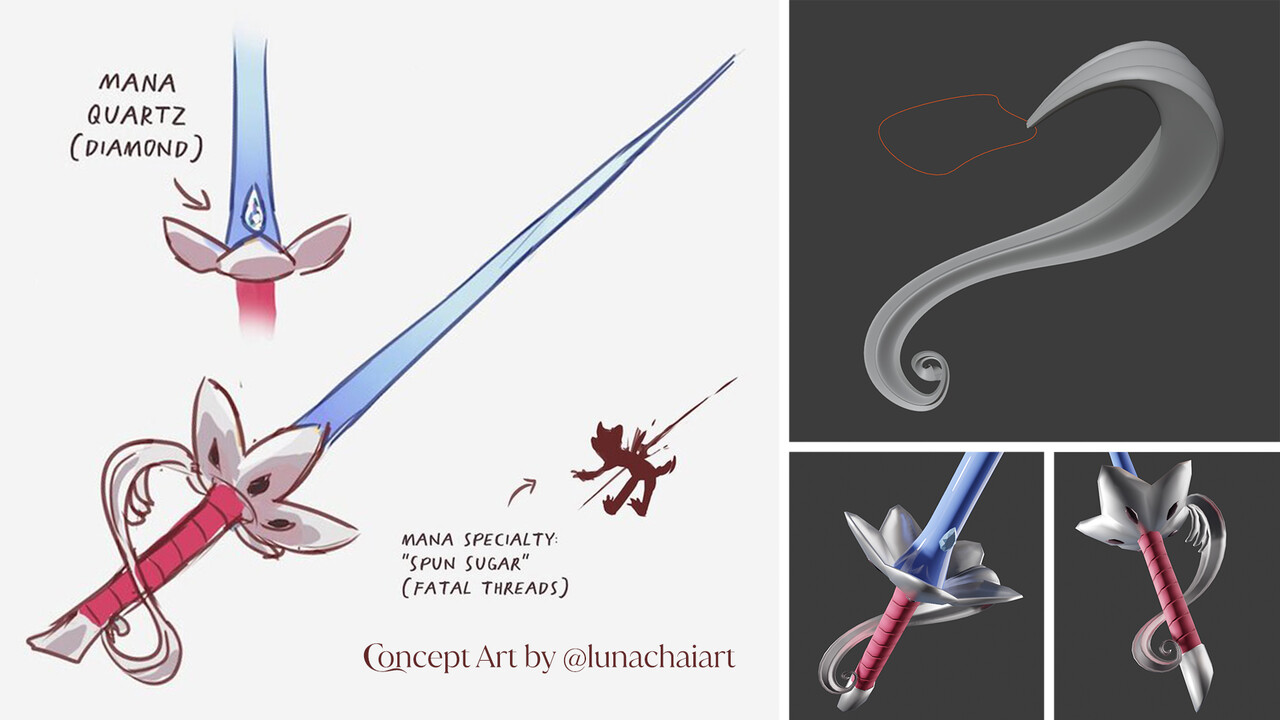 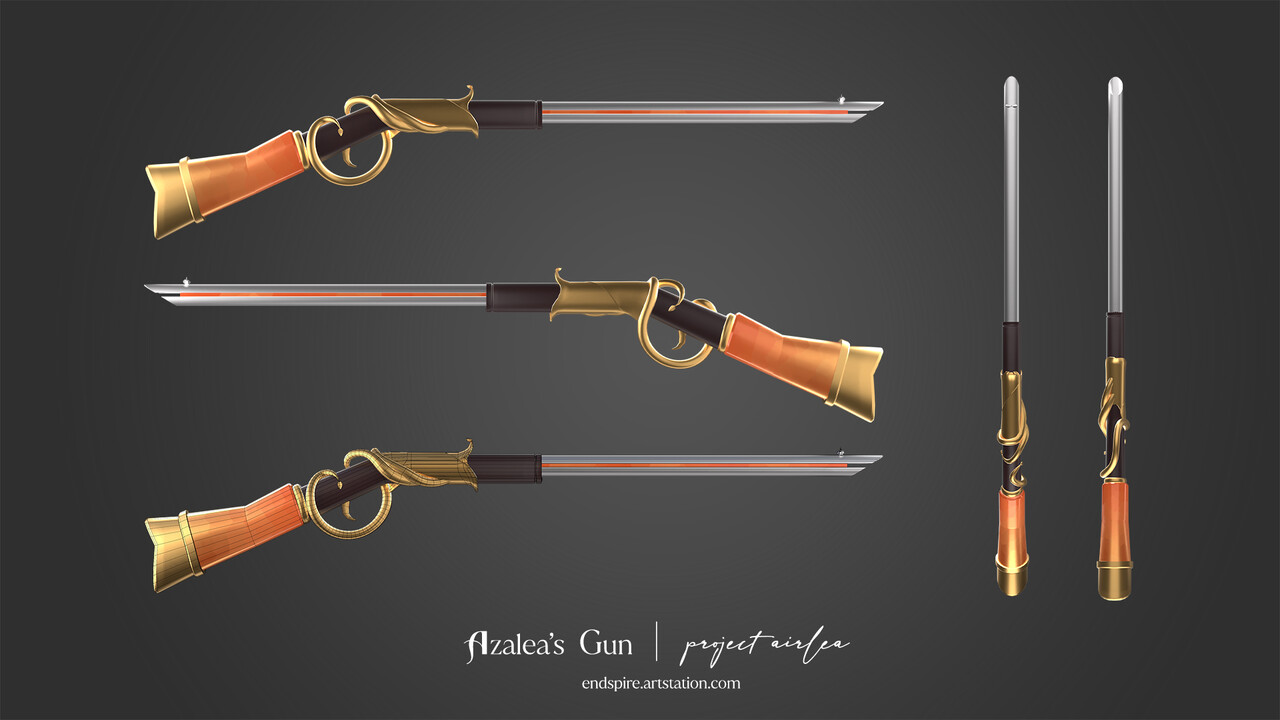 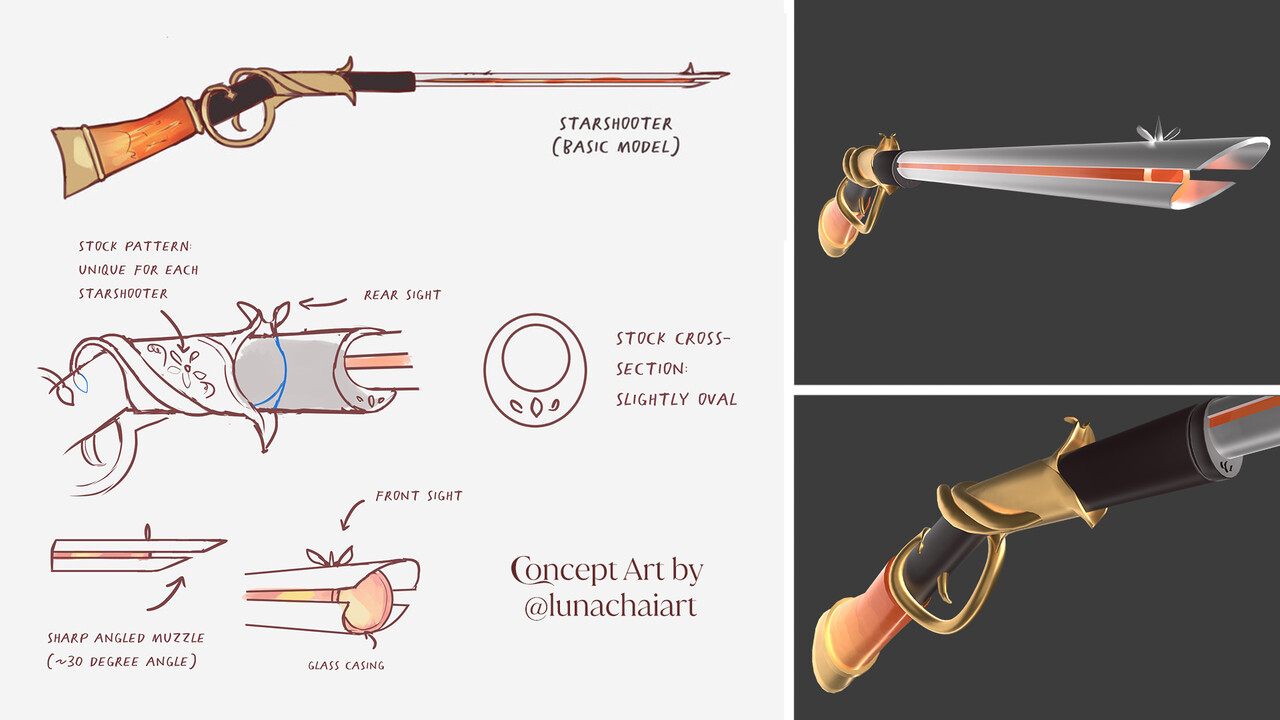 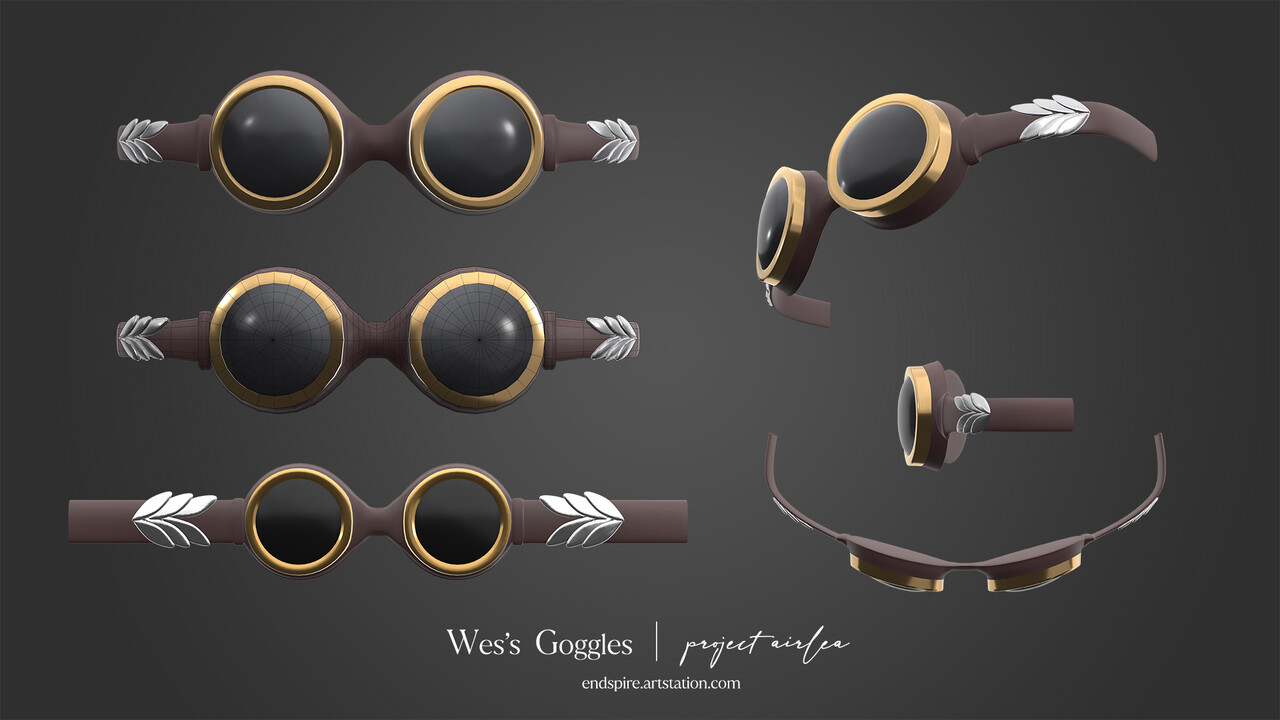 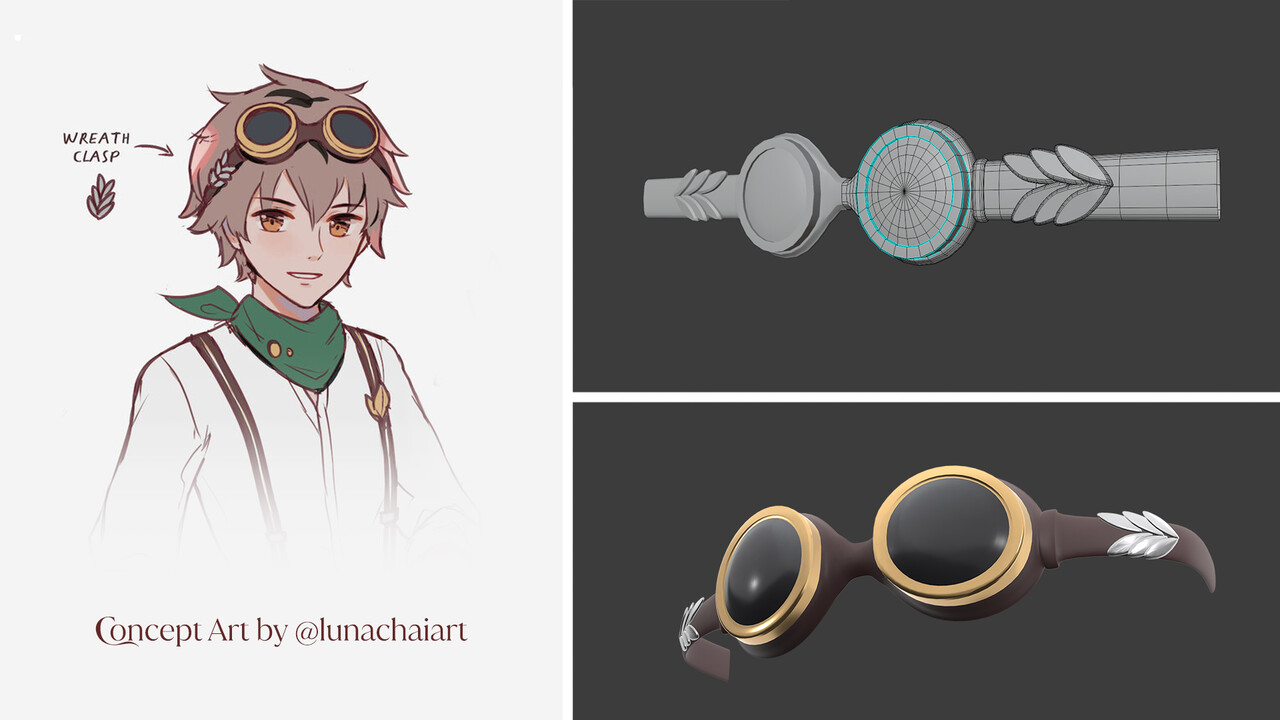 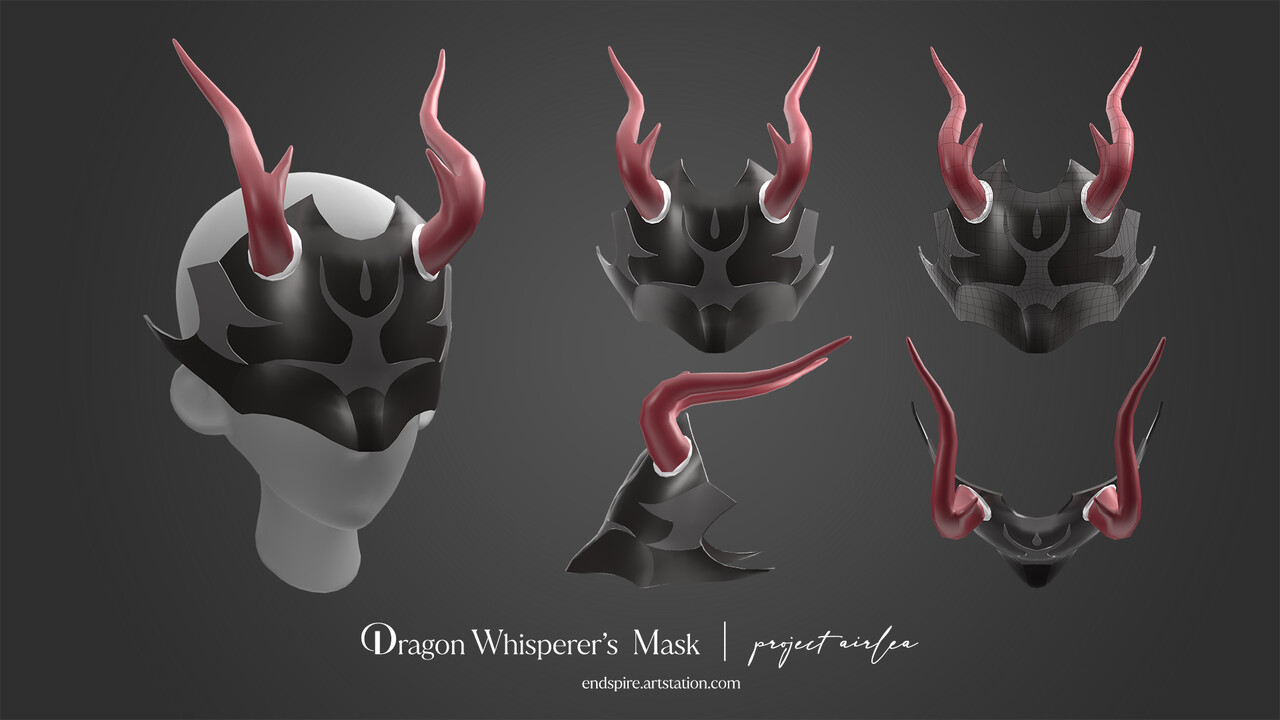 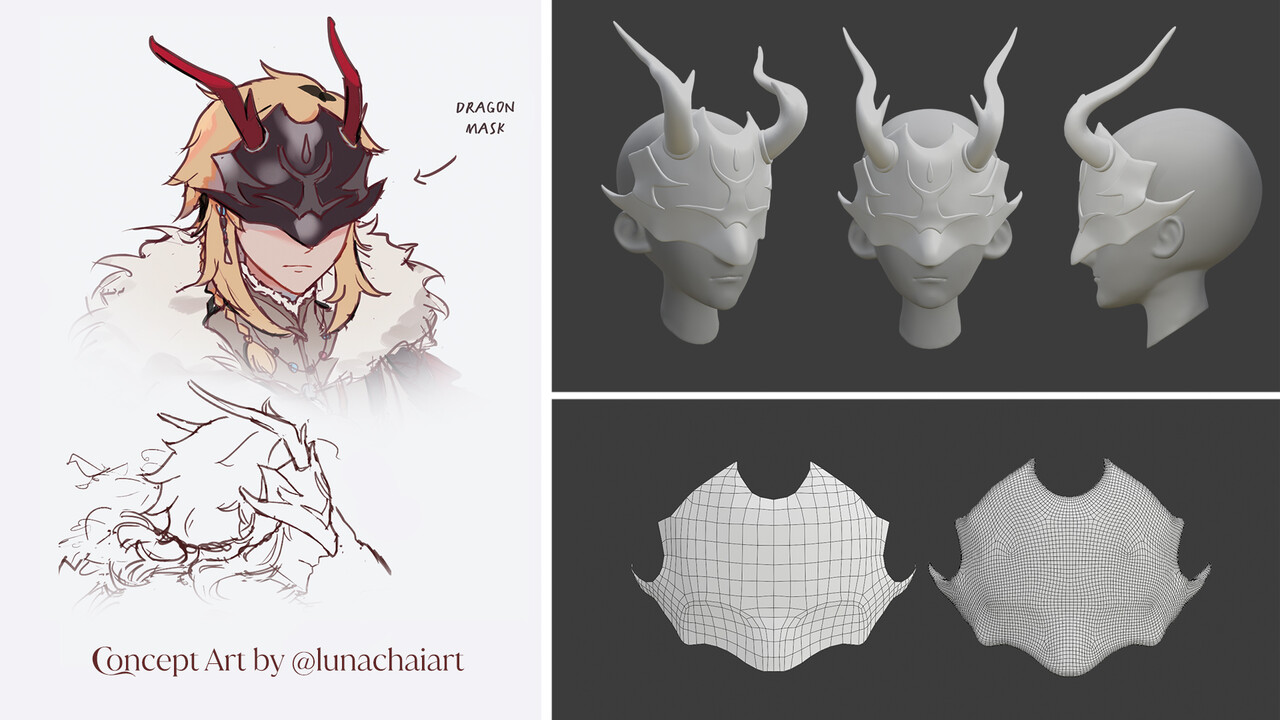 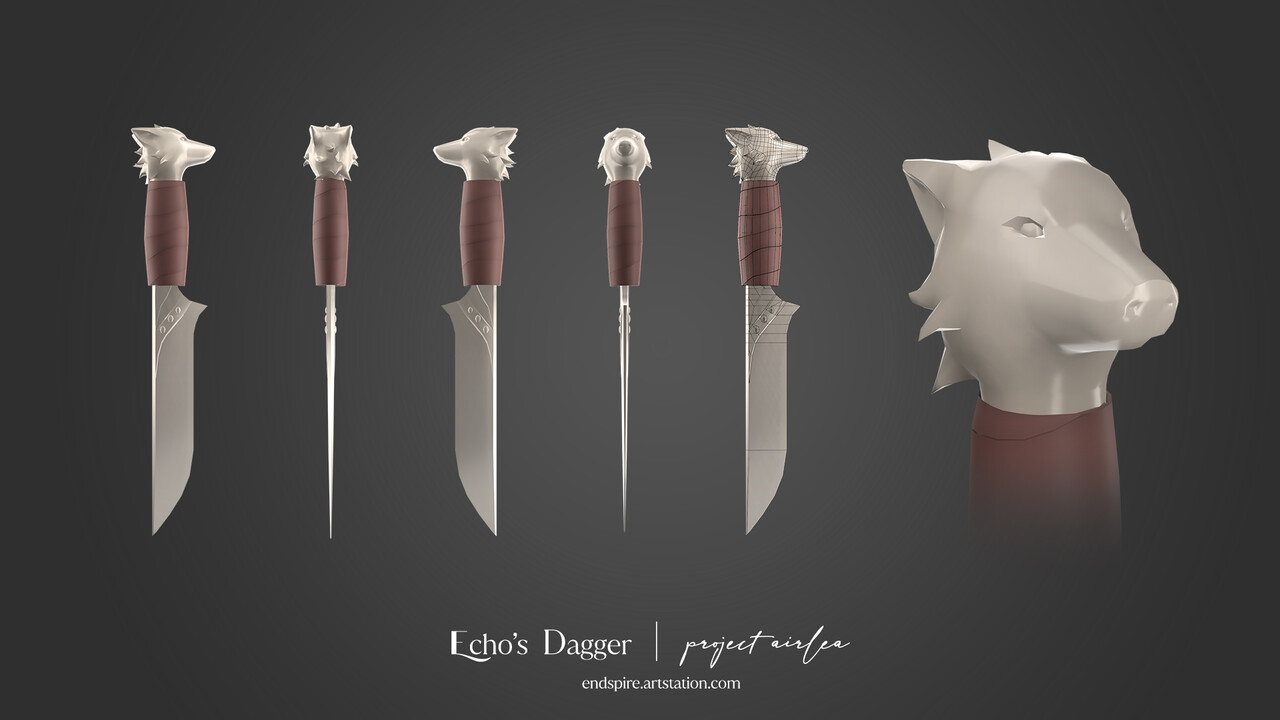 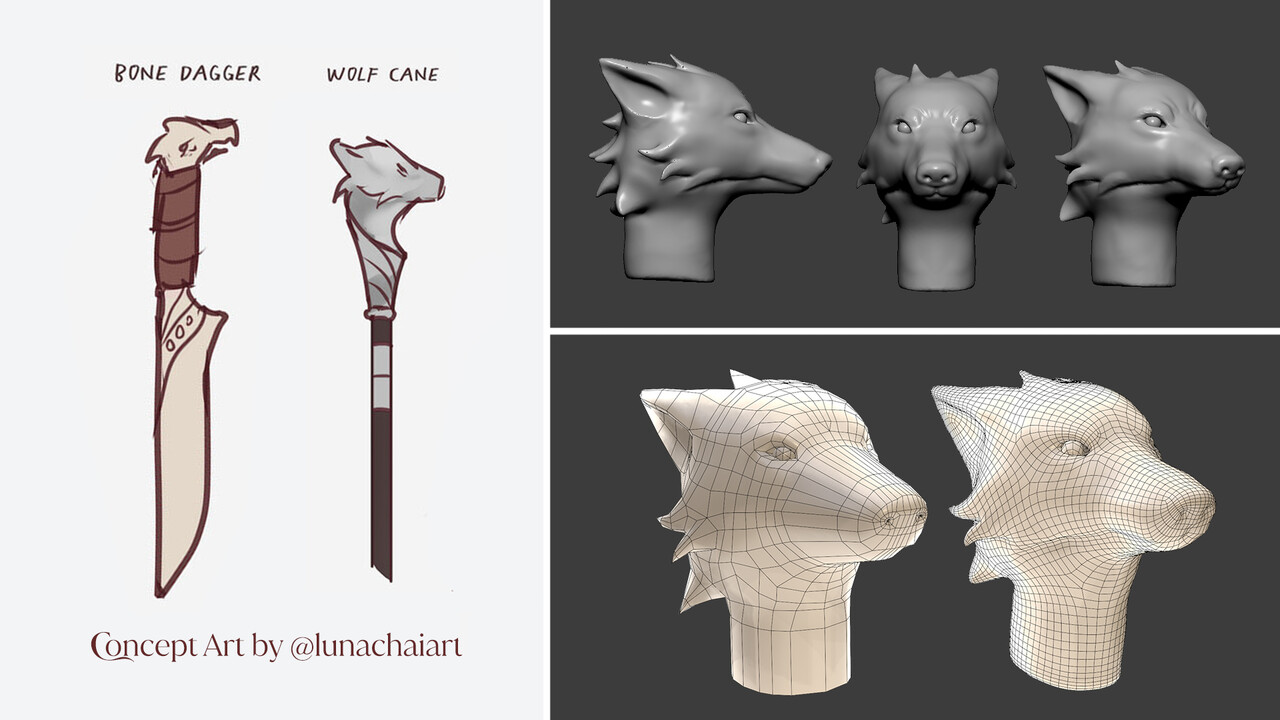 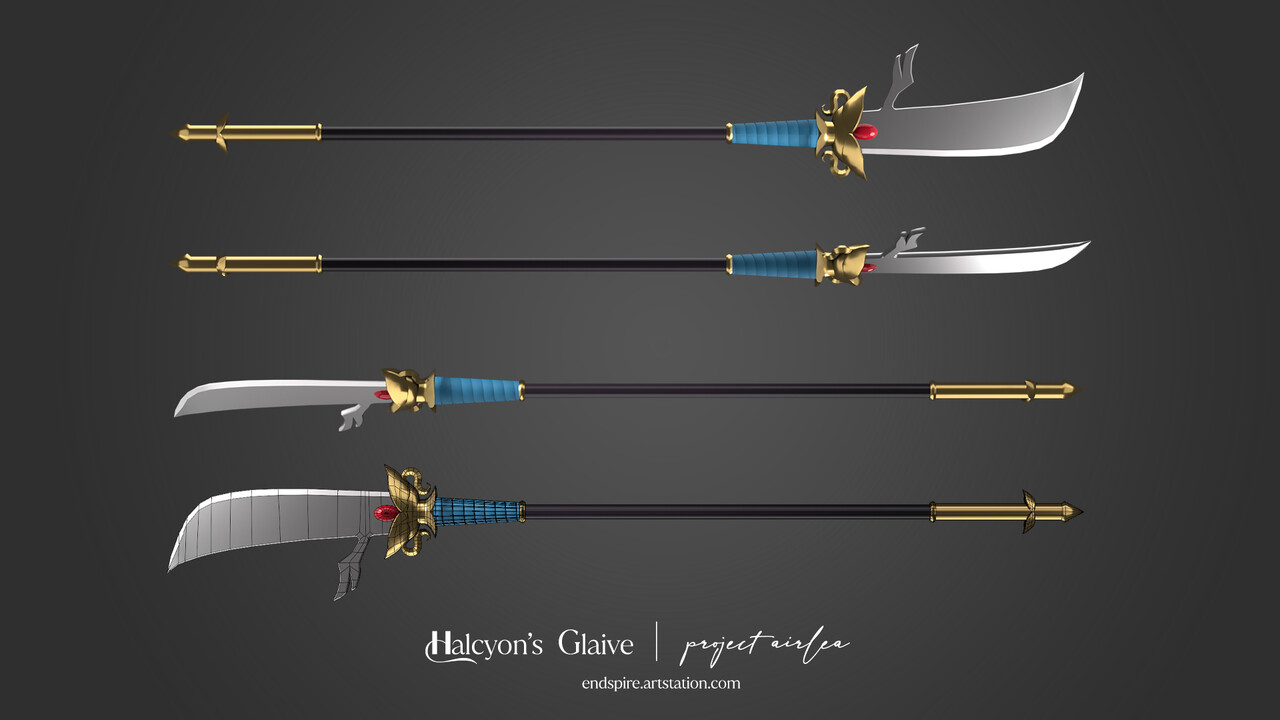 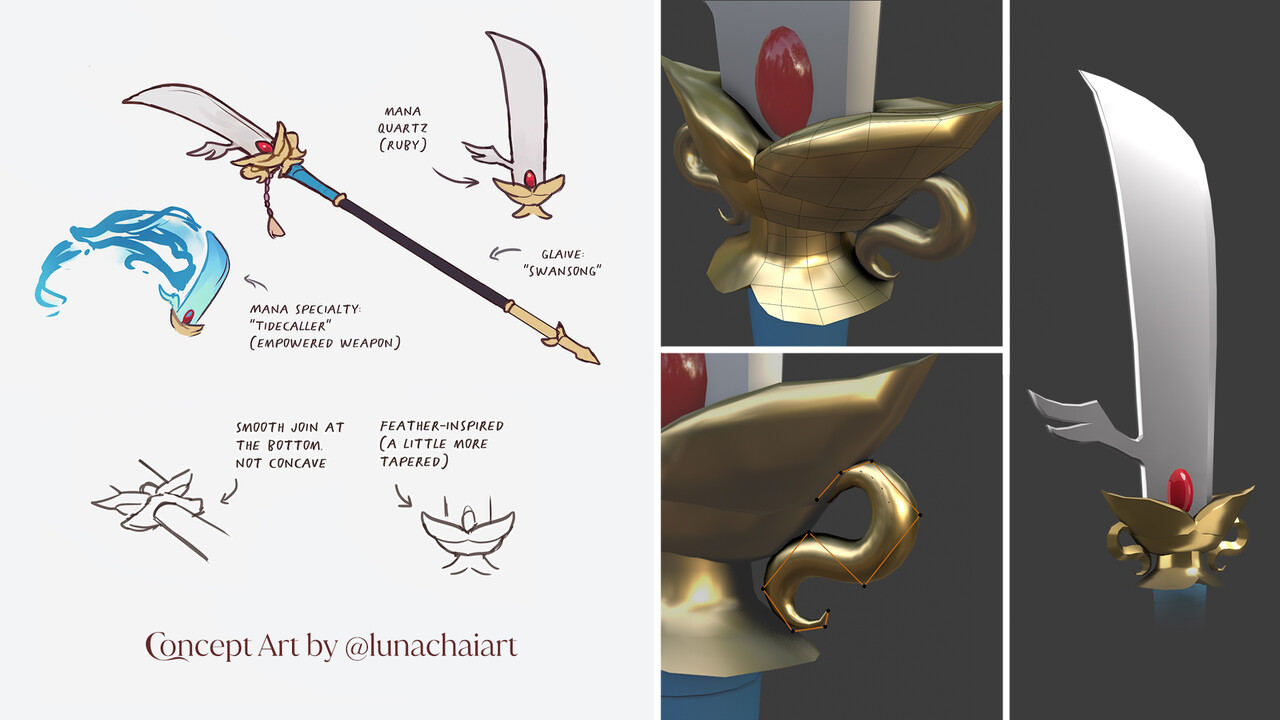 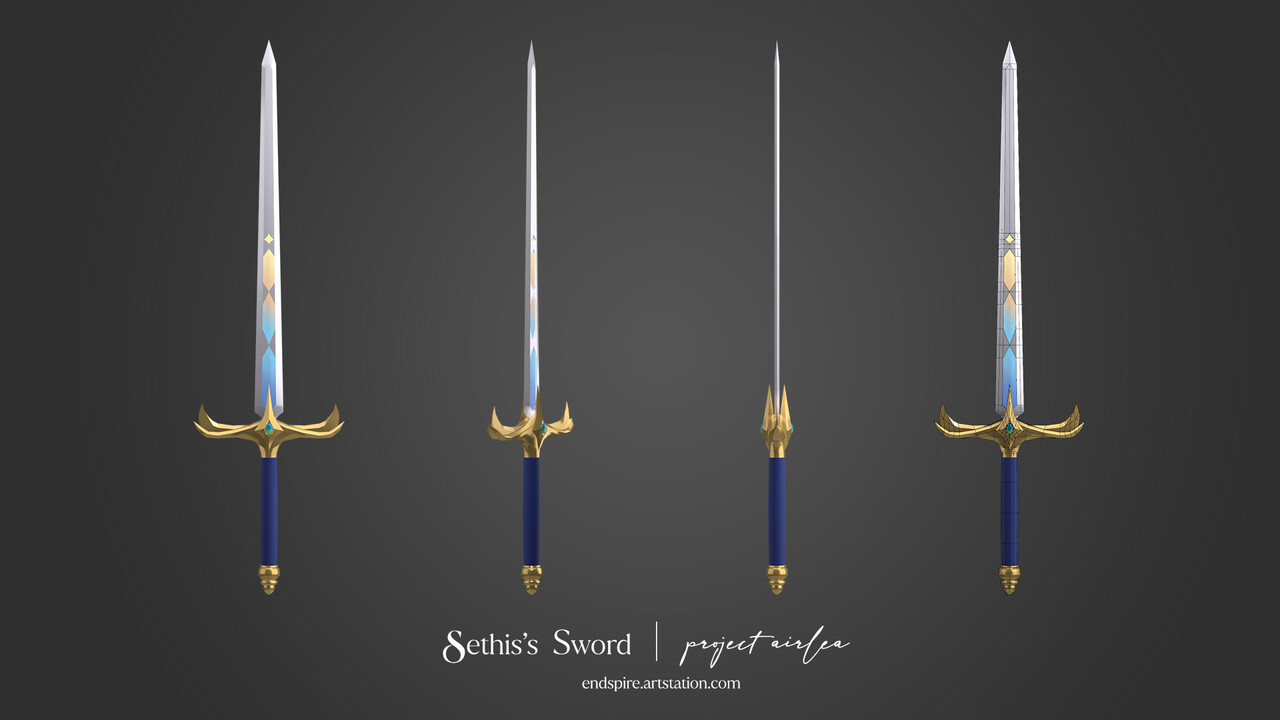 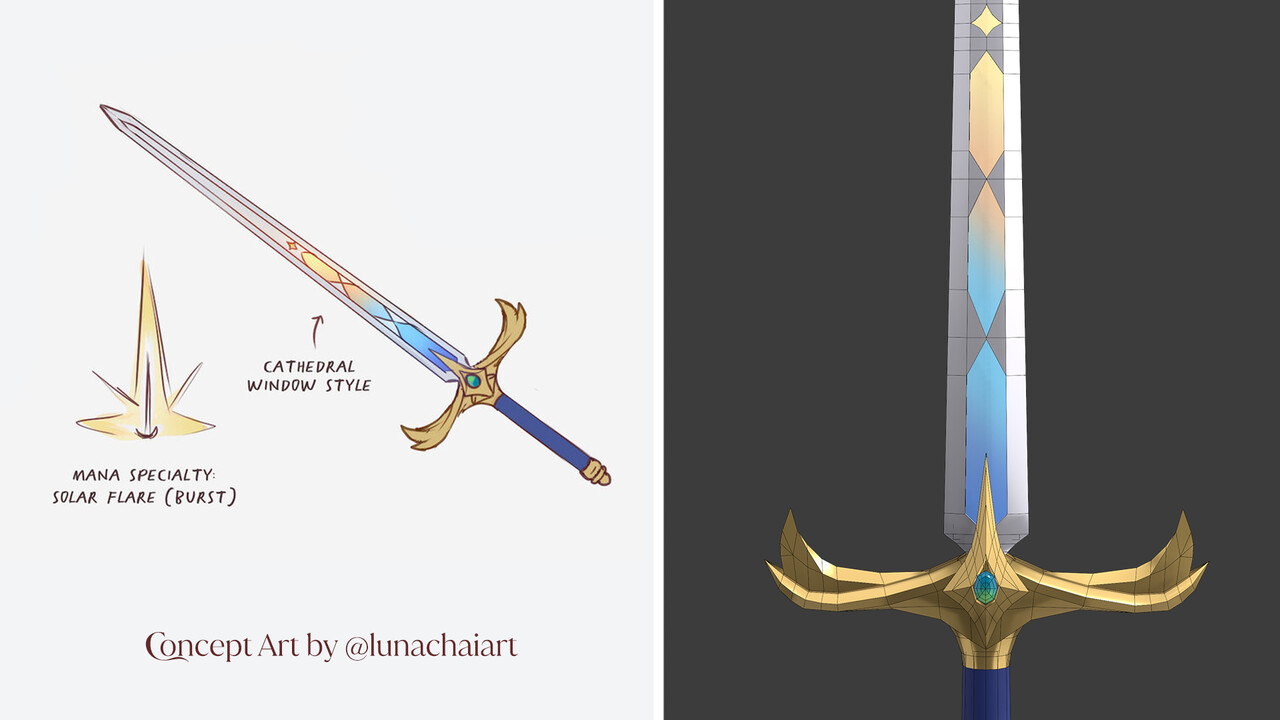 After making each modeled I zipped them up and sent them to Luna. I've been told that the models work well in Clip Studio Paint! Mission accomplished!

This was a fun project to be a part of, and I enjoyed how beautifully each design was and how they presented different challenges. Luna Chai was a wonderful client who was enthusiastic and provided clear feedback and communication during the whole process. I did underestimated how long it would take for me to make each model, so I'll learn better for next time. I can't wait to see the models used in the Airlean Tales illustrations. 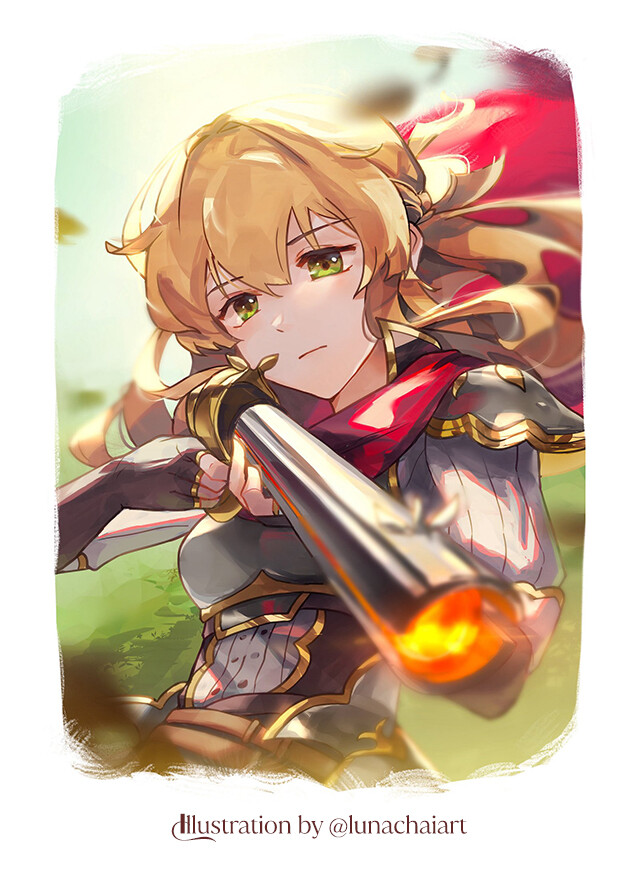